JD.com will be the first authorized seller of Taylor Swift merchandise in China with the upcoming launch of an online store that offers goods and the new fashion line of the music superstar.

“JD.com is delighted to become the sole online source of authentic, high-quality Taylor Swift merchandise,” said Richard Liu, JD.com founder and CEO. “She is an enormously popular artist and true global cultural icon who is winning over thousands of new fans in China each day.”

Clothing from the new Taylor Swift fashion line will include dresses, sweatshirts and tops and will be available next month on JD.com.

The line was designed exclusively for the Chinese market with local consumers in mind, and will only be available for sale in China and on JD.com. The styles were created by Taylor Swift in partnership with Heritage66 Company, which represents American artists seeking to expand their reach in China.

The seven-time GRAMMY winner will bring her “1989” World Tour Concert November 10-12 to Shanghai.

“1989” sold almost 1.3 million copies in the US in its first week making it the highest selling album release since 2002 and the only album to go platinum in 2014, topping Billboard’s Top 200 charts and iTunes’ sales charts in 97 countries on its release.

Her current single “Bad Blood” is the fourth consecutive chart-topping release from “1989”. 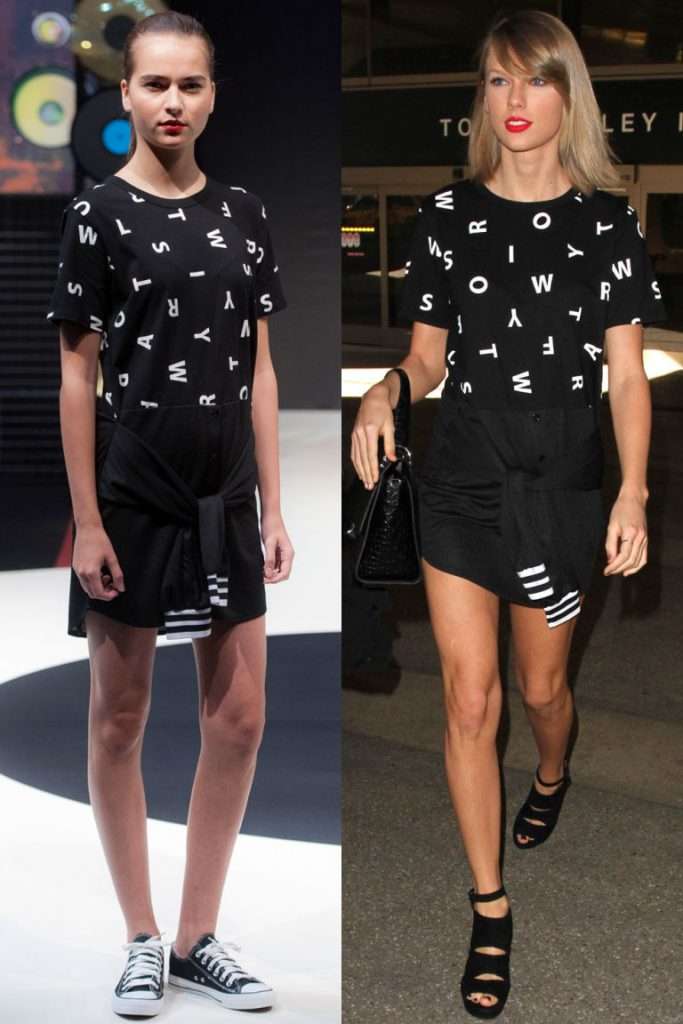 American pop singer Taylor Swift is joining forces with China’s leading e-commerce companies to launch an exclusive line of women’s clothing in an effort to curb the proliferation of unauthorized merchandise in the Chinese market ahead of her upcoming “1989” tour date in Shanghai.
Ms. Swift is launching her own Taylor Swift-branded clothing with China’s two biggest e-commerce players, JD.com Inc. and Alibaba Group Holding Ltd. Her strategy is to use her star status to get them to stop selling products that don’t have rights to use her name, according to Heritage66Company, a Nashville-based branding company that is representing Ms. Swift and bringing her line to China.

Taylor Swift to launch an exclusive clothing line in China with Corporation China. Corporation China was involved in the design and manufacture of the merchandise and also designed and launched the JD and Tmall store